Our database contains a growing collection of titles that offer freedom, strategy and non-linearity.

Black Desert Online is a fantasy MMORPG that is developed by Korean studio Pearl Abyss.

The new, free expansion including a new ocean and Harbour town, called Port Ratt. This is also a range of activities above and below water – including monster hunting, ship construction and over 100 new quests! Players can also take part in fierce ship-to-ship combat to defeat rival guilds. Furthermore, there is a chance to gain enhanced life skills by catching new species of fish and improving your cooking skills. 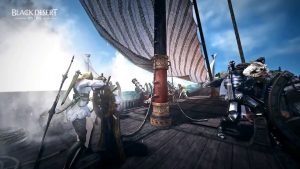 What do you think?

Leave your comments below or share with your friends.